Michel Vautrot brings his support to the Paris World Games 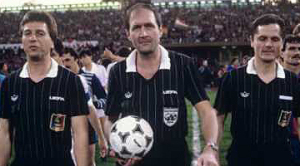 Former international referee of FIFA and UEFA, Michel Vautrot sent us a few words to tell us about his feelings about the Paris World Games organization:

“Younger, I would have liked to know these magical moments made of cultural and human encounters.
It is therefore with great pleasure that I wish marvelous and fruitful Games to all the participants in general and to the football players in particular, with an envious thought for the leaders, coaches, players and, of course, referees.
Who knows, today, that there were no referees to the creation of football by our English friends? As the players could not self-discipline, neutral judges were used.
So, never see the referee as an enemy, but as an accomplice of the game and the players. “