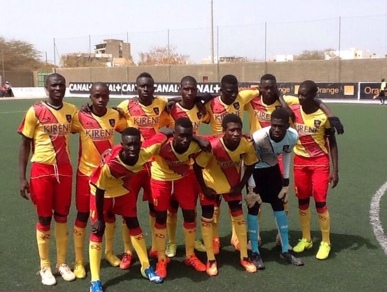 And in 2011, they won for the first time of his history the Championship of Senegal, the 60 years dedication made of tops and bottom. US Ouakam saw evolving in their team of the known players of the French public, signs popularity of the club.

Indeed, Pape Diakhaté (former player of Olympique Lyonnais and Dynamo Kiev) and Guirane Daw (who play for the FC Metz) carried the reds and yellows of US Ouakam. The U17 category will be the only team coming this year, they want to win the tournament. No doubt that these monsters will be a great team for the Paris World Cup. Come see the Ouakam Sporting union between the 5th and the 11th of July !

Translated into english by KM