France on top of Europe ! 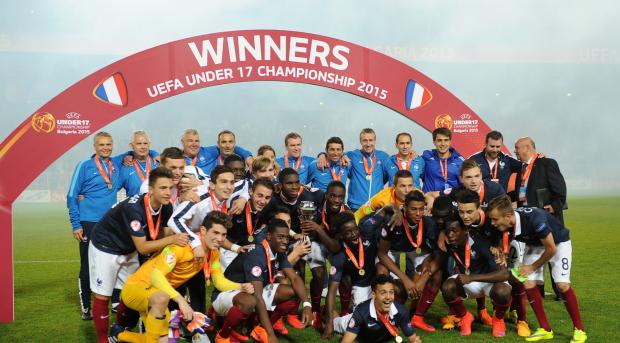 In 1998, Les Bleus won the FIFA World Cup against Brazil, with some world class and legendary players as Zinédine Zidane or Thierry Henry. In 2015, all this seems really old and most of the players of the Paris World Cup were not even born then. Recently, the French U17 national team won the Euro against the U17 team of Germany – the world cup winners in Brazil last summer. Luca Zidane, son of legend Zinédine Zidane, played a key role in the triumph of his team. The goalkeeper of Real Madrid stopped three penalties during the semi-finals. French young teams are actually winning a lot of titles, and they give French football fans the possibility to dream about a new world cup win. By playing the Paris World Cup, you can also become a world champion on July 11th. #RoadtoParis