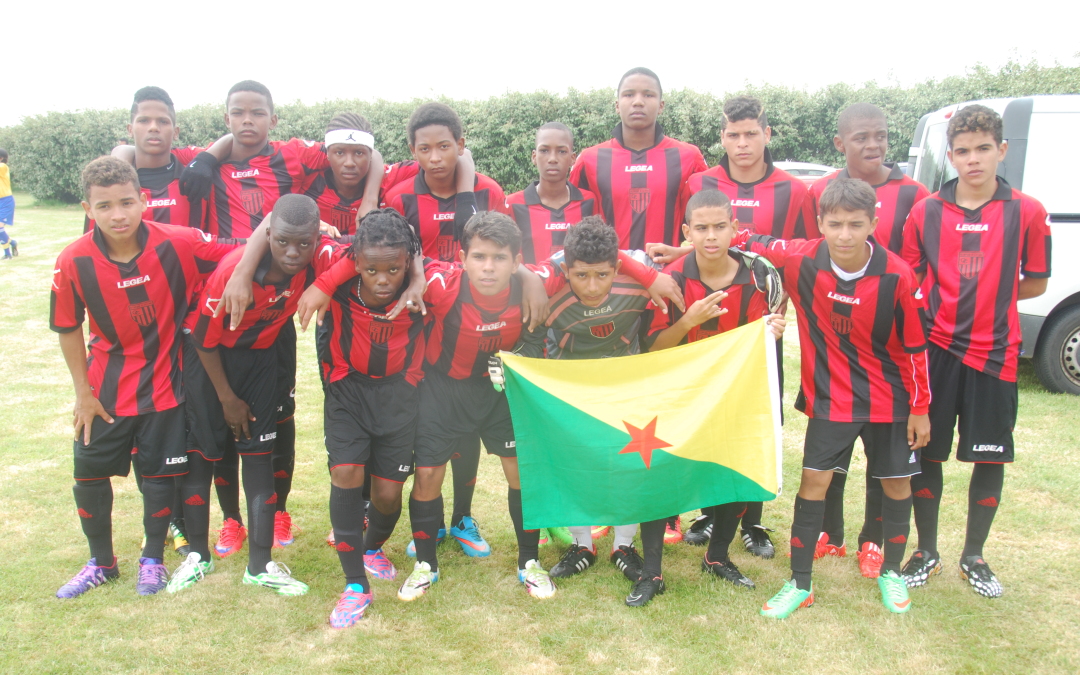 Paris World Cup is delighted to welcome for its first edition the Olympique de Cayenne. It is a club from French Guiana, from the other side of the Atlantic Ocean.

Albert Darnal, the president of the club told us more about this historical club.

Created in 1927, the Olympique de Cayenne is the largest club of Guiana in terms of bachelors. Established in law income neighborhood of Cayenne, the philosophy of Olympic of Cayenne is to use football like integration and to preach the training of young people. Because of internal difficulties, the club was taken over in 1998 by the current executive team.

Since, it is the history of a club that leaves few crumbs to its competitors, testify the last seasons of the U15 and U17 category, which will come this summer in metropolis. Indeed, the generation 2000 (U15) was crowned champion of Guiana 4 times, while waiting for the finale of the championship 2014-2015, the final the club is going to play in a few days.

Same for the U17, which finished in the 1st place of their ranking with 13 points in advance (!) this year and will also dispute the final of their championship. According to Albert, several players to supervise like Alan Simeon, Anthony Rabelo Pimenta, Franz Gaubert, Ullyan Ferreira Silva, Victor De Lima Ribeiro et Thierry Jean-Pierre, who regularly play all in the selection of Guiana. For the U17, if there is a player to watch: Jean-Marc Genois, affirms the president while specifying that as regards two teams, one will be based more on the collective and not on individualities. Although U15 already took part in several international tournaments (including one in the Paris region), the enthusiasm of the future participants is huge. Physical preparation and programs of recovery were already imagined by the coaches in order to increase the chances of their players at the time of the tournament.

Conscious of the chance that they have to cross the Atlantic to take part in the World Youth Cup, the Guianese delegation is humble before the big departure. “The desire for learning and for locating its level towards the prestigious announced teams” will be one of the objectives of the week. The club profited from many helps to make the travel possible. The Regional council of Guiana and the Town hall of Cayenne were real supports and so many others. The Olympic one of Cayenne wants “to represent his colors and those of Guyana with pride” in Paris World Cup Cup this summer.

“It’s an honor to take part in this competition” say Albert.

See you July 5th on the Parisian fields to discover the Olympic one of Cayenne, a team that will show that the Paris World Cup is going to be “an amazing festival of football”!

Translated into English by KM